What the Bloomberg and Yahoo Articles Get Wrong About MCA

One of the most famous formulations of management wisdom is “culture eats strategy for breakfast” perhaps first uttered by Peter Drucker. Culture is somewhat broader than the company’s OKR, strategy, or HR manual. It is the unspoken DNA of the company which for Pearl is honesty. Strategy may change, tactics always do, products are designed for modification but culture is non-negotiable and permanent.

When our investor group first acquired the assets of old Pearl and I became the CEO I was approached by a young employee with a smart idea for collections that he claimed would greatly improve our recovery rate. He suggested calling defaulted merchants and promising them new funding under a fake MCA funder name. After getting all their information, he would claim that they were eligible for greatly expanded funding if only  they would pay off the defaulted Pearl funding. Of course, that fictional funding would never occur. I explained to him that although I would love to improve our recovery rates, what he suggested was unethical and we wouldn’t adopt it. When he persisted in advocating for it, I fired him.

“When we present our MCA terms to merchants, we tell them what the deal really is and not that they are going to get renewed by a bank at 7% if they would only take our advance.”

I recently spoke with a merchant who was promised $100k in funding with $25k from Pearl and an additional $75k at favorable terms from a second funder that would co fund. A fake contract was created from a fictitious funding company and of course the funding for the additional $75K never occurred. This practice actually has acquired an industry name “carroting”. It is plainly fraud.

At Pearl when we discuss credit and underwriting, we are trying to arrive at the best truth about the abstract modeling of the reality that we experience as funders. When we deliver reports to our lenders and investors, we put our integrity on the line and try our best to be as accurate as possible. When we present our MCA terms to merchants, we tell them what the deal really is and not that they are going to get renewed by a bank at 7% if they would only take our advance.

Recently Bloomberg and Yahoo covered the MCA industry with a particular emphasis on the use of COJ’s, the cost of capital, and dishonest practices.  They are conflating very different issues. Dishonest business practices are currently regulated and potentially criminal. Failure to adhere to true up provisions which protect small businesses whose revenue decreases expose MCA companies to usury litigation. Such litigation is generally  successful and punitive if the true up was violated or even poorly drafted.

The true abuse of COJ’s involve serial renewals deep within the terms of the initial advance with little additional cash realized usually by lying to the merchant. This ends with a small advance ballooning to a large notional amount receivable purchase with the recovery amount obtained by a COJ.  Most abuses in the MCA market involve fraud and are already illegal. We’d love to see these abuses prosecuted and ended but the COJ itself is a largely neutral factor.

COJ is not a medieval magic bullet but can when used properly decrease loss rates by 200-300 basis points.  Elimination of COJ’s will just mean that financing costs will go up for all merchants not just the ones that defaulted.  Many MCA companies under competitive pressure already waive COJ’s as way to win business. Regulation of the COJ alone is not the best remedy. Requiring licensing, bonding, and disclosure of broker fees is.

“The default and loss rates are surprisingly low for the risk involved and most MCA recipients are not driven out of business by their MCA financing. For most recipients MCA is a lifeline.”

The high cost of capital is portrayed as abusive. It is not. MCA is unsecured financing done quickly with imperfect information to high risk businesses. Often a business is willing to take MCA despite the costliness because it is the only option to enable the business to continue. The default and loss rates are surprisingly low for the risk involved and most MCA recipients are not driven out of business by their MCA financing. For most recipients MCA is a lifeline. (attached below is a chart depicting the credit extended by MCA to low FICO score applicants)

The market is highly competitive with new entrants undercutting incumbents with cheaper rates for riskier deals commonplace.  A short examination of the many sites offering comparison shopping for small business loans and MCA’s show dozens of options. Our internal analysis of bank statements of MCA applicants show over 200. MCA is a highly competitive market with hundreds of participants creating financing for what would otherwise be unfinanceable businesses.  Another example is the entrant of Paypal and Square into the market and their disruption of Kabbage and Ondeck by offering single digit rates to compete with 35% APR’s. In fact the cost of MCA has declined by more than half over the last three years.

The really tough thing about honesty being our culture is that company culture can’t be instilled, adopted, and adhered to without it also being the personal code of the people who make up Pearl. It may be that other company cultures can be successful without it also being personal so, for example, a culture of customer satisfaction and intimacy may have no reflection in the personal lives of employees. Honesty as culture is different. It requires honest people. We have fired people for dishonesty even if they are profitable and effective.

People lie for many reasons and in many industries.  Tarring an entire industry because of some terrible actors is just another untruth.

Merchant Offers Given by Credit Score Sol Lax has served as CEO at Pearl Capital since 2015, where he was previously Chief Operating Officer and President. He is a frequent LinkedIn contributor writing on topics like technology in MCA, machine learning, and more. Invest in Tech or Die… How MCA Evolves 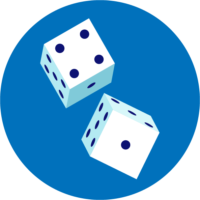 Removing Randomness Will Make You A More Profitable ISO 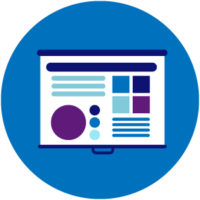 Once your information is submitted, a Pearl Sales Rep will respond as soon as possible.

Tell us how we can help you.

Tell us how we can help you.

Send us a message or call 1.347.899.4040 to speak directly with a Customer Service Representative.

Once your information is submitted, a Pearl CSR will respond as soon as possible.

Thank you for getting in touch.

Your message has been submitted. You will be contacted by a Pearl representative in the next 48 hours.
Go back to homepage
1.800.888.9959 EMAIL US
Welcome Back,